“Some stories don’t have a clear beginning, middle, and 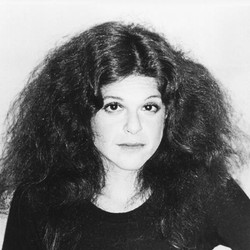 end. Life is about not knowing, having to change, taking the moment and making the best of it without knowing what’s going to happen next. Delicious ambiguity…” — Gilda Radner

Gilda Radner was an amazing human being. Not only was she hilarious, but she showed tremendous courage and strength in circumstances that would level most people. She seemed to just take things as they hit her and find joy and humor where others wallowed in sorrow and pity.

I strive to find that magic in everything, no matter how crazy fucking painful or obscure it might be. However, in spite of her quote being one of my most favorite, and one I take to heart, I constantly question the things dished my way via the omnipotent universe, wondering why. A friend (well, let’s just say someone who calls themself my friend but who very well might need a swift kick in the dictionary — but that’s a story for another day) accuses me of always trying to label things as good or bad, suggesting that there is something wrong with my quest for the why of things.

Just because we search for some rationality in the unpredictable chaos of daily existence does not mean we are necessarily left of center. When we analyze situations and use words like good or bad, isn’t it just the recognition of the yin and the yang of things, that there are elements of both in all things. Good is not always positive and bad is not always negative. Even something as devastating as cancer can leave behind a positive residue when viewed from a certain perspective.

Gilda Radner’s devastating ovarian cancer raised awareness of the disease so that millions of women have since benefitted from early diagnosis and survival. For many of us left without friends and family members due to the ravages of cancer, or those suffering alongside loved ones still fighting their battle, among the pain and the sadness there is also room for increased compassion and a realignment of life’s priorities. It hurts like hell, I know, but there is good among the bad, and sometimes answers among the questions.

Life is unpredictable, sometimes so much so that the urge to jump off has an overwhelming appeal. But then, you’d miss the next thing thrown at you which might just be amazing. There is only one ride on this roller coaster of delicious ambiguity. Questioning, analyzing, trying to sort out and prioritize all that is lobbed our way along the twists and turns is just part of our search for ways to keep on track without losing our minds. Being able to make the best of anything, to be brave and accepting that you just never know what’s going to begin, end, or reappear, is absolutely brilliant.

Luck Of The Irish

The luck of the Irish indeed. A certain wistfulness occurs for most at the sound of this iconic idiom. History would suggest that the phrase is wrought with irony as the Irish were a spectacularly unlucky race (unless of course existing on a diet of only potatoes for a few decades makes your socks roll up and down). Oh, yes, there was some lucky respite from the spudaciously monotonous menu — impromptu fasting was brought on when there were no potatoes to be found in the fields. Invading conquerors consistently proved to be poor house guests by forcefully occupying the land. Cruelty dished out to the Irish extended across the pond to the United States in the form of ethnic and religious prejudice. My ancestors who came over from Ireland were among many forced to amend their last names — in our case to drop the O from O’Carroll to sound less Irish and blend in with the newly formed melting pot.

So, is being Irish really all that lucky? 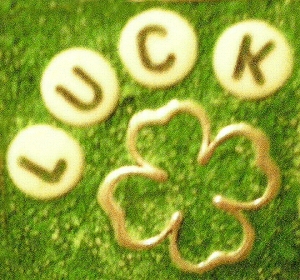 I would argue yes. The tales of torture and woe speak volumes of the enormous resiliency of the Irish — lessons well suited for us all, even today, maybe even especially today since everyone is Irish on St. Patrick’s Day.

There is something innate about being Irish that makes us inherently lucky and able to consistently land on our feet when bad circumstances occur. I have had to call upon my own inner Irish endurance to survive the special hell of the last couple of years. But, just like the Irish, I know I am stronger for the experience — I would even say I am lucky to have had to endure the challenges foist upon me for I know I am better because of them. My priorities have never been more in check and my sense of self is approaching awesome.

While it may be difficult to see in the thick of the hell, next time unpleasant or unhappy circumstances make their way into your world, consider how lucky you might just be. Certainly something to think about on this blessed day of Irish celebration.

Good times, good friends, good health to you — and the luck of the Irish in all that you do.